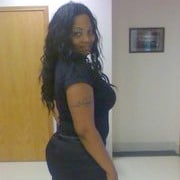 This is a very special story by a beautiful woman, Shavonne. We wanted to include every word she wrote because there is a beauty and a strength of purpose in her writing, so her long letter is included below.

Quick summary: Shavonne began with us in June of 2008 and has been working on and off with us every since. In the beginning she had 2 blocked tubes and was very anemic. She unblocked one tube, stopped taking the herbs. She then took many cycles of Clomid which left her without a baby, but with a cyst and a fibroid. (Both have since disappeared.) There was a year of extreme stress in her life and her husband had to go away for 16 months. Between the stress levels so high, the failed clomid cycles and being off the herbs she found that the one unblocked tube had blocked again so she decided to use that 16 months to completely dedicate herself to the Radiant Wonder program.

Her story is below with many ups and downs. She had to fight with the doctor to get another HSG test. The doctor was totally convinced the tubes would be blocked and the blood work would prove that 44 year old Shavonne was in menopause. Instead, with a total of 3 doctors and 3 nurses in the room, the dye test showed both tubes totally open, and her blood work brought back numbers the doctor said you would see with a 23 year. It was clear after turning Shavonne from side to side, running the dye through many times that the tubes were indeed clear. Their final remarks to her show not only their amazement, but also their respect for Shavonne and her ability to keep going against all odds.

Hello everyone my name is Shavonne,

I live in Chicago Illinois. I’m so excited to tell you guys my story. Back in 2005 I had my tubes untied, after having been tied for many years. Me and my new husband wanted to have kids. To my surprise after trying unsuccessfully to have kids I went to the doctor and had an HSG test done. I found that my tubes were blocked with scar tissue. I was so sad I cried all the way home and was thinking what could I do to fix it? When I got home I told my family. Someone said ”why don’t you do Invitro?” I knew that was not going to happen, but I looked it up anyway. I found a doctor and he told me $20,000.00. I froze. I asked him there was anything else I could do. He said no.

So I prayed, ”God please help me find something that could help me unblock scar tissue from my tubes.” I saw tons of things from Clear Passage that was $5,000, to herbal tampons that was $1,200. Then I saw Radiant Wonder’s site. I read all about it and read all the testimonials. Because I believe everything works by faith the word Radiant Wonder stood out to me.

Plus I believe in natural things, in herbs as God’s food, so I thought why not give it a try.  I learned how the energy channels worked and exactly what the logic was behind the herbs and the program. I had things to do for myself, and going back to the doctor to test again would eventually be a good thing to do to prove to myself something was happening.

So In the beginning I was taking Free Flow, Cinnamon & Poria, and something else that helped me build my blood. I changed the way I was eating. I wanted more blood to flow through my energy channels. Everything I ate and drank was for that: water, acai juice, blueberries, blueberry tea, cranberry juice. I ate cooked spinach and other greens, fish, chicken, turkey. I started to lose weight also. I started doing extra research and putting that new knowledge into the way I was eating. I was doing my Radiant Eight Energy Exercises, putting a hot water bottle on my belly and doing my own deep penetrating massage. I didn’t have $5,000 for Clear Passage. I believe Clear Passage would have worked for me, but I did it myself.

One month I thought is all of this working? So I went back to get another HSG test done. I told the doctor what I was doing. I thought for sure he would believe me, because he was Asian and these were Chinese herbs. The first thing he said was, ”that’s some bullshit.”

He didn’t want to give me the test. I begged him. He sent me to take the test. The doctor who gave me the test was the same one who gave me the first HSG test. I also told him what I was doing. He too said it won’t work, you should get invitro. I said I don’t have $20,000 and besides it might not work. I told him, ”I know this can work!” And I put an exclamation point on the end because I was mad! As he started the test I could see the dye and it was going through. The doctor said, Your right tube is open. I was so happy. After only one month! I couldn’t wait to tell my husband.

I was so happy I stopped taking the herbs. I felt very pressured to make that baby right away. We started having sex as much as possible. I also went to my fertility clinic. The doctor told me he could do an IUI and give me Clomid for months. We were trying. No baby. I was so stressed out over all this. I had a lot of other things going on in my life. Months later I went back to the doctor again and my tube had reblocked. I was very sad. I called Radiant Wonder and explained my husband was going away for 16 months. So I really had a chance to work on my body, doing all the things I had done at first.

I wanted to another HSG test, but my doctor didn’t want to do it for me so I found another doctor, told her what I was doing. She looked at me and said, ”You are kidding yourself.” She looked at me and said, ”How old are you?.” I said, ”44”. Mind you it was now 2011. Years had gone by. She said, ”You can’t have a baby”. I said, ”could you just do two tests for me? The HSG test and an FSH test?” She didn’t want to. She didn’t believe it. She wanted to see how much tubes I had left so she could do surgery to remove them in August. I told her the herbs I was taking were working. ”You will see.’

So now I am at the same hospital that did the original HSG test and the same doctor, but this time he had 3 doctors in the room and 3 nurses, telling them about these ”wonder herbs” I was taking. They were looking at me like I was crazy, and all I was saying to myself was ”I have a checklist in my head. Last night I took my bath, I took Free Flow, Cinnamon & Poria and my Omega-3 Super and then I laid down and said a prayer with the hot water bottle on my belly. When I got up at 6 am I had to be at the hospital at 7 am. All I was saying to myself was ”my energy channels are open and I am going to see what God has already showed me, that my tubes are unblocked.”

So as everyone watched the screen the dye started flowing right through my tubes. They couldn’t believe it. They were telling me ”turn to the right, more, more, ”turn to the left, more, more.” They couldn’t believe it. They were asking me ”what is it you are taking? ”What are you doing?”. They were talking so fast I couldn’t understand them. All I was thinking was ”I am so happy.” One of the doctors looked at me with respect and said, ”It IS a wonder herb. Congratulations.” I cried all the way to the car. The first person I called was Radiant Wonder. I thought I have to tell them the wonderful news first!

When I went back to my doctor 2 weeks later to get the results of the blood test she said, ”I can’t believe this. I never heard of such a thing. Your FSH test is like you are 20 years old. Your level is 3.1. You are no where near menopausal. Your eggs are good. I can’t believe it.” So she gave me Clomid 100 and said ”I’ll see you when you are pregnant.”

My husband will be home in December. I decided not to take the Clomid. Instead I am taking Super Fertility #2 and I have cut my Cinnamon & Poria and Free Flow back to 2 twice a day. I think my own body is doing a better job than the drugs so far.

The next time you hear from me I will be pregnant. There will be a follow up story to this story.

I look so forward to the future. I feel good. I’m not stressed anymore. I am not anemic anymore. There is no cyst and no fibroid. Before when one tube opened I was so stressed and we made love all the time and I felt so pressured. Now I don’t feel that way. I know my life is in God’s hands. I look good. I feel good. I feel like I’m 12 years old. I have so much energy. And I have so much peace. I feel so blessed.

I am so glad to share this with all of you, and I am so grateful to God and to my caring friends at Radiant Wonder. Thank you, Radiant Wonder!!