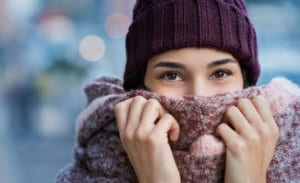 Bronchitis is a lung disease that is aggravated by industrial pollutants, dust, and smoke. If left untreated, bronchitis can result in the irreparable destruction of lung tissue. Asthma is a respiratory sensitivity to common irritants such as cigarette smoke, pollen, mold, and dust. Asthma is often associated with bronchitis, because a person with asthma has a higher likelihood of developing bronchitis.

Asthmatic episodes are marked by the muscular walls of the breathing tubes in the lungs to contract in a sudden, sometimes violent, loss of oxygen, rendering a person unable to catch his or her breath.
Bronchitis should never be dealt with without your doctor. If you have an infection you must take the antibiotics until it is resolved. However, when the condition is chronic the bronchitis keeps returning, leaving you weaker and weaker with each round.

You can help yourself turn this around if you take advantage of the time when you do not have the bronchitis. You can use our Bronchitis Program along with the antibiotics, but then you will want to take the Bronchitis Program during the remission as well. The most common response is that the bouts with bronchitis will not come as frequently and will not be as severe. Eventually your lungs will recover and you will have lung function that is much stronger and less likely to get bronchitis. The lungs are the organ that is most exposed to outside influence. You are taking air from the environment directly into your lungs. So give yourself time to regain your strength. Trust that the body likes to heal itself and if you give it the right support it will do just that, but be very careful to follow your doctor’s advice. Ignoring your doctor could lead to a more serious infection which will weaken your lungs further.

A study by The Journal of Alternative and Complimentary Medicine (Jobst) found that patients with regular use of herbal formulas showed a reduction in the use of medications to control bronchial symptoms, particularly the use of steroids, which can cause extensive liver damage over an extended period of time.

Our formulas do not take the place of Western medicine. They support the body’s recovery so it continues to strengthen