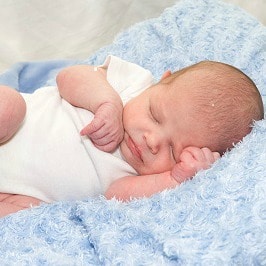 I just wanted to give you an update on my situation. I am almost 3 months pregnant and absolutely excited, happy and also overwhelmed at times. We started trying to conceive three years ago. The first obstacle were my fibroids. We had them removed. Then we did two years of insemination. However we had no success. After more testing I was told my biggest issue was low ovarian reserve. My Anti Mullerian Hormone Test (AMH) came back as 0.5. I was told by my doctor that we had a very, very small chance of conceiving. He actually said he would ”only recommend for us to do IVF if we had all the money in the world, as the chances would be so slim.” We were also told that if we produced only 2 eggs they would not continue with the procedure. The doctor also filled me with fear because we were told that we had to do an IVF within the next few months as we had such little time left.

However we were forced to wait. IVF was so expensive. At this point I knew I had to do the IVF no matter what. A friend of mine in Peru had had a successful IVF after multiple miscarriages. She encouraged me to see this doctor. So I made the trip to investigate. The price was much better and the doctor said we could do a transfer even if we only had one egg maturing properly. In the meantime, I felt right away that if everything else was ok and my only problem was low ovarian reserve and questionable eggs that there must be something I could do to help my eggs.

This is where I found you. I found your website and I just started reading. It gave me hope and a new way to understand my body. I could feel changes in my body from month to month. I felt more calm. My skin became softer. I had less cramping with my periods. I was able to exercise more time during the week since my energy level went up and my overall pain and discomfort decreased. I was able to sleep through the night and felt rested during the morning.

One of the major changes was being able to regulate my digestive system with your products as well. I felt fantastic. I took the herbs for 6-7 months as it was taking a long time to arrange the schedule and money for Peru. But looking back I think that wait was actually something that helped us succeed. I was able to complete a cycle of IVF during this summer. We recovered 3 eggs. One of them was immature, the two other were able to go through fecundation and look great for the first 4 days. Unfortunately, one was not viable by implantation day. Yet I was able to get pregnant. Implantation was not an issue at all and now I am 13 weeks pregnant. It is pretty amazing. After having been told that my chance of failing was over 90% by every doctor it is a miracle for us.

To have success with a first IVF is very rare for any couple. I feel that my strong inner guidance to work with you made a difference. I believe that letting your treatment work for a good amount of time and not rushing ahead in fear also played a big part. My body had time to make changes. I believe that I found you at the right time. Thanks for making such a difference in my life.